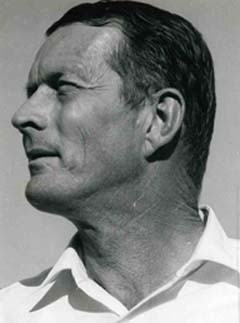 ROBERT STARK "BOB" LIGON, SR., 82, of Little Rock, Arkansas passed away peacefully September 7, 2004 at the Little Rock Veterans Hospital after a brief illness. He was born in 1921 to Thomas Claude Ligon and Annie Louise Cargile Ligon.

Bob grew up in Arkadelphia and El Dorado and graduated from El Dorado High School in 1939.  He attended Henderson College and the University of Arkansas where he pledged Sigma Alpha Epsilon.  Enlisting in the Navy in 1942, Bob was commissioned a Marine flight officer and served in the Pacific Theater in WWII as a B-25 bomber pilot in squadron VMB-613.  He was active in the VMB-613 reunions until his last illness.

Bob is survived by his six children: Stark Ligon, Jr. (Marianne) of Little Rock, Ross Ligon (Ellen) of Nigeria, Drew Ligon and Gray Ligon (Gerhard) all of North Carolina, Brooke Ligon of Texas, and Grant (Mary Liz) of Louisiana; nine grandchildren, Sarah, Stark III, Miriam, Daniel, Grant, Avery, Amy, Holly and Blake; a brother, Howard Ligon of Florida; and former wives, Betty Mallory and Sally Holmes, both of whom he held in high regard.  He was predeceased by a brother, Bill Ligon of Texas; and a grandson, Jesse. Bob was of the Presbyterian faith.

Bob was especially proud of Alcoholics Anonymous - his 40-plus years of membership, helping others there, the support he received from A.A. and the many friends he made around the world through the organization.  His friends in the Cosmopolitan Group of Little Rock are very special and gave so freely of themselves to Bob in cheering him on during good and difficult times.  His family thanks all of these wonderful people.  The Central Arkansas VA System, Good Shephard Retirement Center and Chenal Rehabilitation Center in Little Rock provided very caring support and are most appreciated.

A casual come-and-go gathering of all his friends and family to celebrate Bob's life was held at Stark Ligon's home in Little Rock on Friday, September 10th from 5 to 7 p.m.

Private interment  was held on October 10th, 2004.  Bob was laid to rest with a Marine honor guard  in  the Cargile-Ligon Family plot at  Rose Hill Cemetery in Arkadelphia.

Email remembrances from family and friends may be sent to .

Memorials may be made to the Arkansas Central Office - Alcoholics Anonymous, 7509 Cantrell Road, Suite 106, Little Rock, Arkansas 72207 or to a favorite charity. 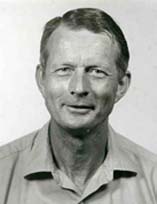 and to the memory of Bob's sponsor, Marshall "M".

By presenting the life of Robert S. Ligon, the creator of this website hopes to encourage anyone struggling with alcohol.   Despite the challenges and pressures he faced, Bob Ligon stayed sober and helped others to get sober for over forty years.  If you are wrestling to overcome alcoholism, hopefully his story will be an inspiration to you.